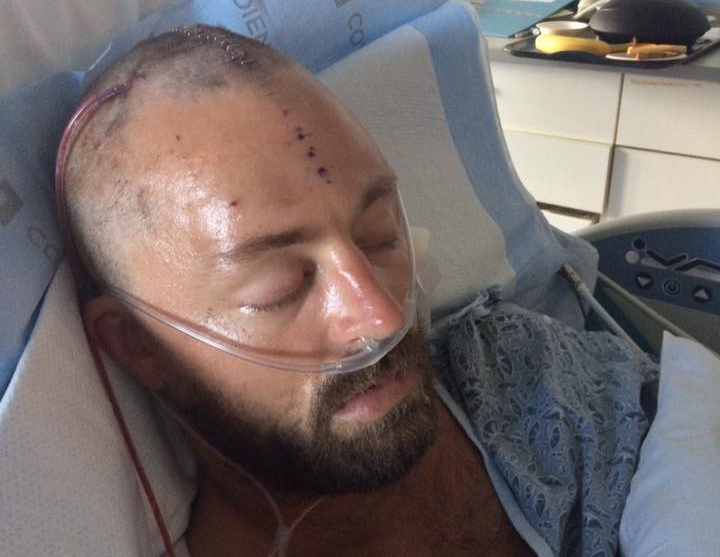 This is not a blog I ever thought I would be writing. My next blog was to be on gossip (that will come, I promise) or what bits of knowledge the Universe downloaded to me while I traveled through Peru and Ecuador for the last 7 months. Truly, anything but this.

My third week after arriving back to the USA was one of the most difficult weeks of my life. I was having interpersonal relationship situations popping up left and right. I had decided if the universe was ready to weed my garden I was open to the loss. However, I was not open to the loss that a phone call threatened to create.

It was 7:20am on May 20th. My husband had come downstairs about 10 minutes prior to tell me my phone, that had died for good the day before, had come back to life. He handed me my working phone (a miracle) and my morning tea. After kisses and thank you I started looking at my phone. A number rang through that I did not recognize. I answered it with Hello. The woman on the other end asked if I was Cindy Palmer. No, I am not, unless it relates to one of my adult children. She asked if I was the mother of…and named my eldest child. I am I said. She then went on to explain that my son was in the hospital getting ready for emergency brain surgery. That he had been found unconscious on the side of the road and raced to the Trauma Hospital in Seattle, Harborview. They were going to do everything they could….they could to what?!?! What the hell was happening? My head was spinning. My baby. My first born. Who is this woman? She explained that a Doctor would be calling to get permission to operate in a few minutes.

I have 5 children, 1 husband and one wasband all of which I was now in charge of informing, and yet I was having a hard time thinking straight. I called my wasband, the father of my elder children. No answer. I tried to text 911 but I couldn’t get the numbers straight because my hands were shaking so badly. I called my middle son next, the two boys are best friends as well as brothers. No answer, so again a 911 text. All the time I was trying to contact our inner family circle I was getting dressed and ready to go. My husband came down and must have seen that something was off because he asked what was wrong. I couldn’t answer, I went upstairs to put a bag together. He asked again, I could only say “I need a car.” I then called my eldest daughter. She is in the Army reserves and this was her weekend. She did not answer either. I did not want to scare her so I left a message. I told her that everything was fine but that there had been an accident, I was grateful that she was safe and she may or may not want to come home. Apparently it was an odd message, according to her. At this point my husband, who had not left my side and was calling a Lyft and trying to figure things out, stopped me and said I had to tell him what was happening because my car had arrived. I looked him square in the eyes and said, “My son is dying”.

Somehow I got my shaking body into the car. I told the driver Harborview. My phone rang. It was my middle child. I told him I was on my way to Harborview and that his elder brother was going in for emergency brain surgery. His sound and No were almost as heart wrenching as my earlier phone call. He said he would meet me there. Next was to tell my youngest of my adult children. The baby of the pack. Saturday is her day to sleep in and I hadn’t wanted to ruin that for her and yet I knew she had to know. I called. She answered. She wailed. Another moment of my heart shattering into a million pieces. The driver, a stranger from a foreign land, handed me tissue from the front seat. The phone rang and I had to again tell one of my children, my eldest daughter who was over 4 hours away. She screamed into my ear a sound I hope to never have to hear again. Somewhere in all of this a Doctor called. She told me what type of surgery would be happening. Something about removing the skull and having to keep it removed due to swelling. She wanted to tell me the risks but I would not let her because I only wanted to thing positive thoughts for my son. I imagine my wasband called at some point though I do not remember. When I exited the car my driver looked at me sincerely and said he would be praying for my son. I held his prayer, his compassion and his kindness in my heart.

The rest of the morning is a blur. I had been able to text the rest of the family on our family thread. My middle son was at the hospital when I arrived. I fell apart, nausea, sobbing, hyperventilating. The social worker took us to the surgery waiting room. Slowly our family began to trickle in. I was numb waiting to find out if my child would live or die. I would think of wonderful things about this magical child and laugh out loud and then immediately burst into tears. I remembered his birth. I remembered his achievements. I remembered his sorrows. The life that lives my eldest son is beautiful. My son is a wonderful human. I looked around the room and saw all of our family. My eldest daughter had arrived. My brothers were there. My mother. My husband. My wasband. I turned to my youngest daughter and said, “There isn’t even a baby being born and we are all here.” I realized in that moment that humans come together for life and death. We gather when a soul is entering the planet and we gather when a soul is departing.

My son did not leave our planet that day. He stayed. The week that followed was up and down. It was thought that he had a stroke because the trauma happened on the left side of his skull and he was not moving his right arm. After CT scans and an MRI it was found that his right arm had been broken in 3 places. He leaked spinal fluid from his ear for several days before they put in a spinal drain. He slept as often as the nurses would let him. Sometimes he had memory and other times he did not. The conversation was about what was next if the fractures didn’t heal enough to stop the spinal fluid leak. I could not imagine another brain surgery for my son. So, I did what any mother would do, I called on the world to pray for him. One of my best friends is a Dr, I asked her to help put together a specific healing prayer. She did. She wrote exactly where people were to be focusing their thoughts. I sent the specific prayer far and wide. I stated that the healing was to occur by Friday, May 26th.

On Friday, May 26th, my son woke up a different person. There was healing of Epic proportions! His drain was healed. He walked!!! He was remembering many words. By Saturday he was kicked out of ICU and taken to acute care. He spent a week in acute care and is currently on the in-patient rehab floor. He is doing so well that he only has 10 days of in-patient rehab.